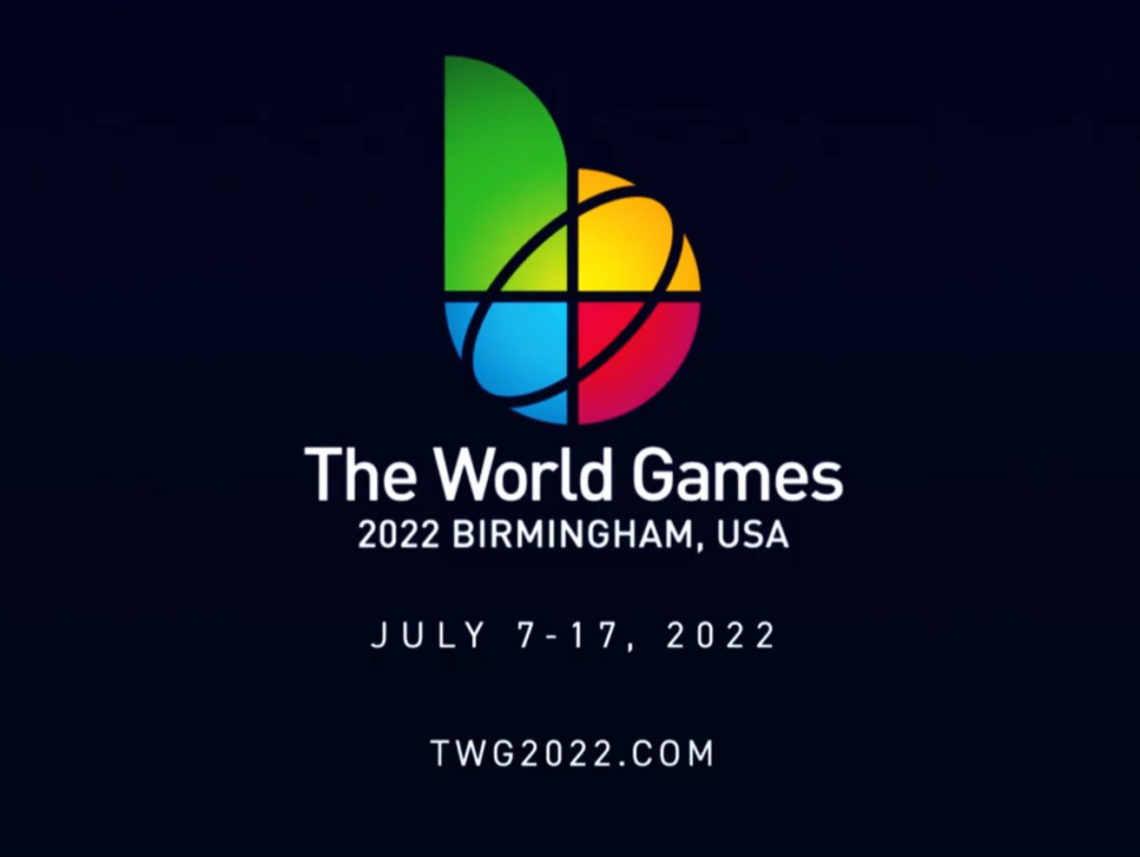 WINNIPEG, July 8, 2022 – Competition at the World Games gets underway next week for Michèle Morissette of Baie-Comeau and Lee Connell of Saskatoon when the racquetball event begins at the Games in Birmingham, Alabama on July 10.  Both athletes qualified based on their results at the 2021 World Championships held in August 2021. Morissette’s […]

Quest for Medals Over for Team Canada at Pan Am Games

WINNIPEG (August 9, 2019) The quest for medals at the Lima 2019 Pan Am Games is over for Canada’s racquetball team as both the Women’s and Men’s Team were eliminated from competition on Thursday. The Canadian team of Frédérique Lambert of Montréal and Jennifer Saunders of Winnipeg had advanced from the round of 16 after […] 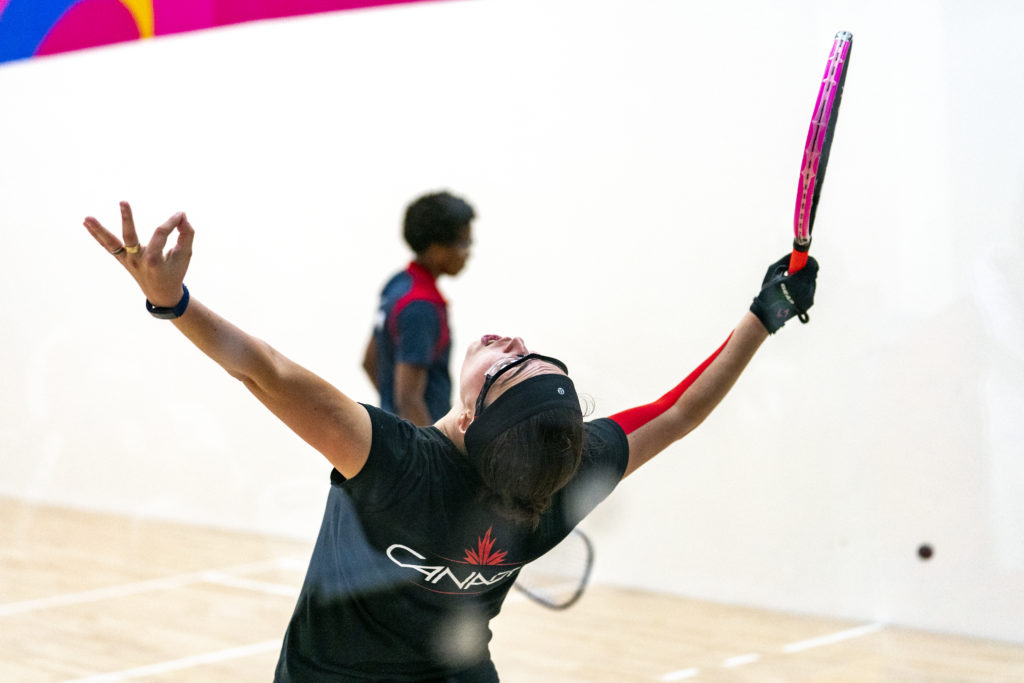 WINNIPEG (August 7, 2019) Canada’s Frédérique Lambert and Jennifer Saunders have advanced to the quarterfinal in the Women’s Team Event at the Lima 2019 Pan Am Games. Lambert of Montreal and Saunders of Winnipeg went into the event seeded 10th. They faced Merynanyelly Delgado and Alejandra Jiménez of the Dominical Republic in Wednesday’s round of […] 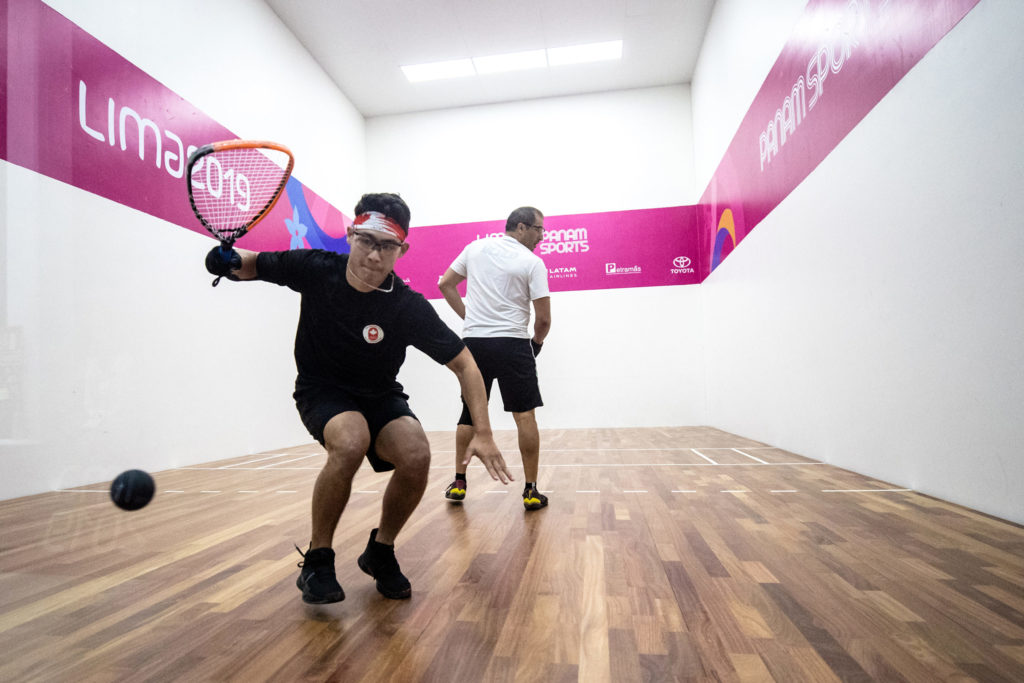 On behalf of the team, Jennifer Saunders said, “I think it’s safe to say that we were all disappointed with the outcomes today but not with the effort and determination we put out on the court. We spent some time together as a team tonight to regroup and recharge. We are ready to face the challenges ahead of us in the Team Event.

Team Canada Advances in Doubles at Pan Am Games

WINNIPEG (August 6, 2019) Both the men’s and women’s doubles teams have moved on to the quarterfinals at the Lima 2015 Pan Am Games. Frédérique Lambert of Montréal and Jennifer Saunders of Winnipeg, who were seeded 10th in the medal round, had a win in Monday’s round of 16 against the 7th seeded Maria Paz […] 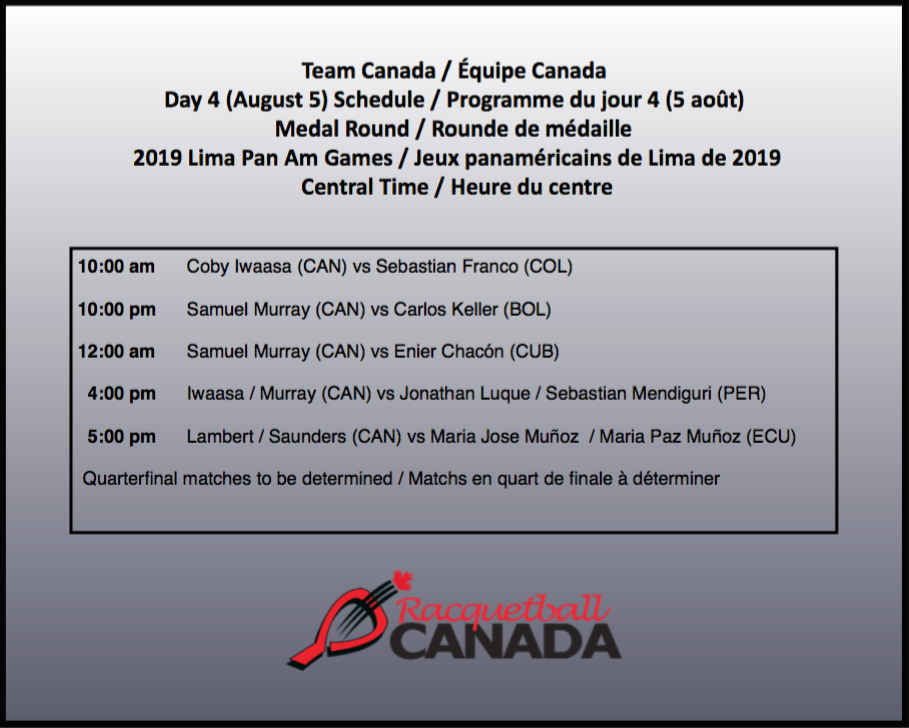 Click here for complete draws and results for Team Canada at the Pan Am Games. Check out the International Racquetball Federation Facebook Page for live-streaming.

Team Canada Moves on to Medal Round at Pan Am Games 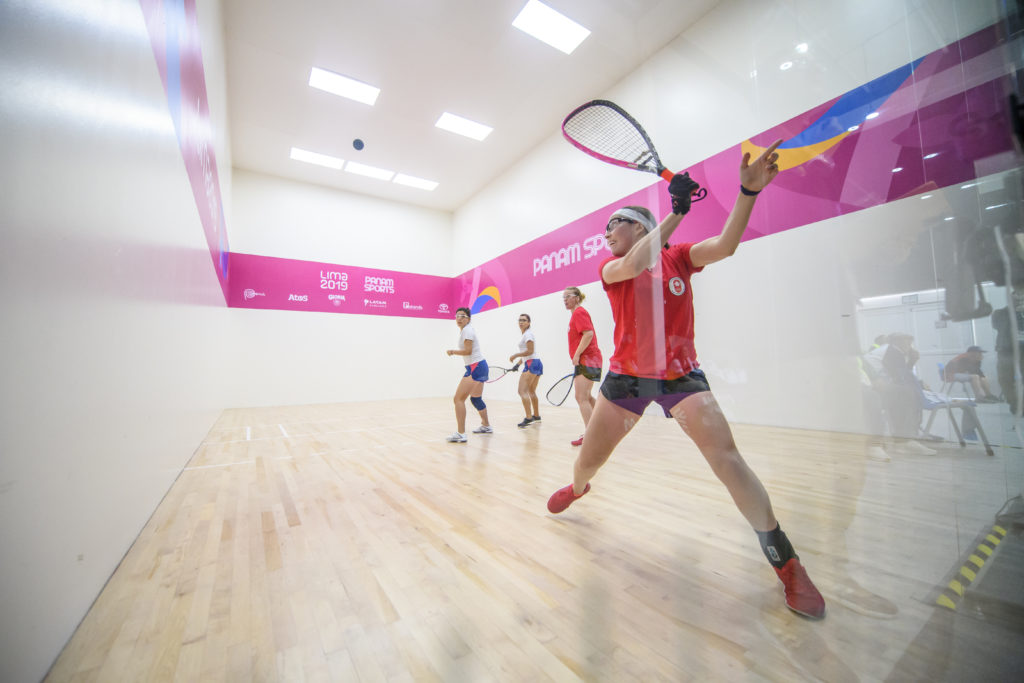 WINNIPEG (August 4, 2019) The medal round in singles and doubles events begin Monday, August 5 at the Lima 2019 Pan Am Games. Preliminary play ran from August 2 to 4. Team Canada has advanced to the medal round in men’s singles and in both men’s and women’s doubles. Samuel Murray of Baie-Comeau and Coby Iwaasa of Lethbridge […]

Racquetball gets underway at Lima 2019 Pan Am Games

Canada Advances to Semi-Finals in Doubles at Pan Am Championships 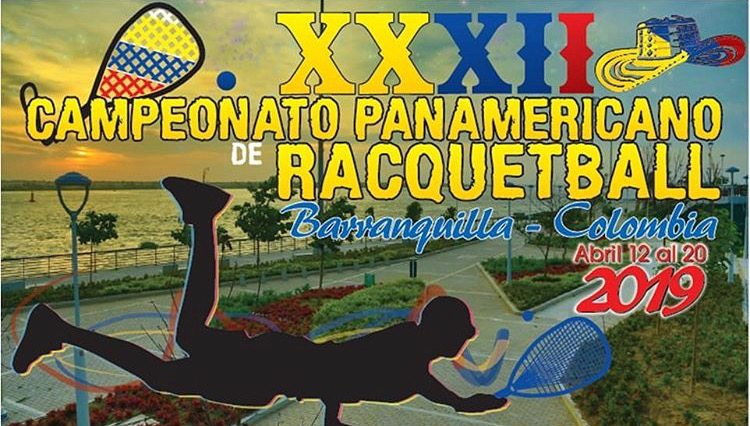 WINNIPEG, MB, April19, 2019 – Canada has advanced to the semi-finals in both Women’s and Men’s Doubles at the Pan American Racquetball Championships being held in Barranquilla, Colombia. The tournament runs from April 13 to 20, 2019. Danielle Drury of Saskatoon and Jennifer Saunders of Winnipeg were ranked 11th coming out of the preliminary round […]

Competition Underway for Team Canada at Pan Am Championships

WINNIPEG, MB, April 14, 2019 – Play is underway at the Pan American Racquetball championships taking place in Barranquilla, Colombia from April 13 to 20, 2019. Jennifer Saunders of Winnipeg, who will compete in doubles, brings the most experience to the team. She has represented Canada on twenty-nine occasions internationally, winning more than twenty medals […]