Learn how Racquetball can help your child excel in other sports 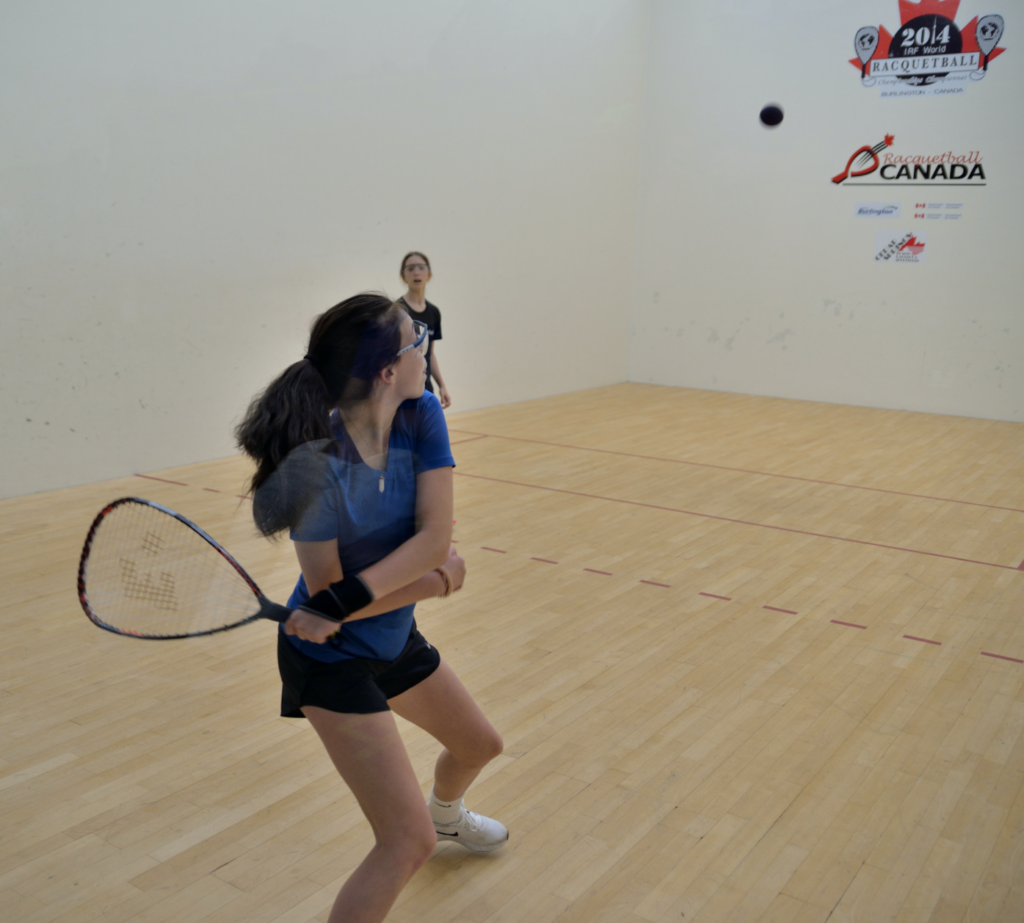 There’s no doubting that Canadian athletes have been more prominent in the national and even global spotlight recently. From the slew of NBA stars who have risen through the ranks to gold medal winning athletes across all disciplines — from the pool to the slopes — Canadian athletes have stepped into the limelight proudly representing themselves, and their country, among the world’s best.

While hockey will always be considered the top youth sport in Canada, it’s not uncommon these days to see more basketball nets dotting Canadians’ driveways than hockey nets — and with good reason. Given the recent influx of Canadian-born professional talent that have emerged among NBA’s best and fresh off team Canada’s recent Olympic success in both the summer and winter games, you’re seeing more youth today embrace a wide array of sports, from competitive swimming and soccer to field hockey and lacrosse.

With all these opportunities to play a sport at a highly competitive level, as well as earn precious scholarships to help offset the growing cost of a college or university education, it’s not uncommon to see today’s young Canadian athletes try their hand at multiple sports before finding one that allows them to shine at the next level.

One sport that has become popular with youth athletes who are looking to hone their skills and take their overall fitness to new heights:  Racquetball.

A demanding, quick-paced sport, racquetball is vital to developing superior hand-eye coordination, footwork and awareness. With the ball capable of traveling at speeds over 100 mph, racquetball is often referred to as the ‘worlds fastest sport’, and anyone who steps into its 4-walls can certainly vouch.

According to many local parents, Racquetball Ontario coaches, coaching and mentorship led in a big part of their child’s success in multiple sports. Racquetball Ontario coaches train under the guidance of the National Coaches Certification Program, a Canadian federal standard of teaching applied to currently accepted high performance athlete development skills. NCCP guidelines cover everything from biomechanics to peak performance and mental training.

Currently, Racquetball Ontario has a few dozen youth actively participating in its ranks, some of whom are training to become the country’s next big racquetball stars. However, some youth and their parents are using racquetball to help build skills outside the court. Junior hockey stars, baseball stars, soccer stars and even competitive skipping stars are currently employing racquetball as part of their cross-sport training.

Lauren Walker, age 12, of Burlington, Ontario credits racquetball and her Racquetball Ontario coaches with the many successes she’s seen during the past 5 years that she has been a student of the game. Already in her young athletic career she won her elementary school championship in Shot Put (in Grade 4) and will be representing the school at regionals in both 1500- and 800-meter track events. She’s also the starting point guard of her basketball team which just won the school league championships!

According to Racquetball Ontario President and Coach, John Ursino, racquetball plays a huge importance in developing a young person’s life, both on and off the court. Hundreds of junior athletes like Lauren have passed through the Racquetball Ontario Junior programs over the years, with some players having gone on to gain national and international recognition in the sport. Others who have passed through the junior ranks are now old enough to have their own sons and daughters who have started to embrace the game themselves.

For Lauren, she accredits racquetball with various skills learned such as balance, quick reaction, and spacial awareness, as well as improvement in her overall agility and explosive power.

With all of these positive attributes, it’s no wonder why Racquetball has long been a physical education requirement by competitive football teams at colleges and universities based in the United States, with coaches crediting racquetball for helping improve athletes’ footwork, speed and overall quickness.  With its constant motion and changing direction, racquetball teaches you to never ‘give up’ on a play, while also testing your mettle, mentally and physically.

Often played 1 vs. 1, or sometimes 2 vs. 2, racquetball requires the individual to perform at their highest level, especially when the pressure is on to win, which helps inspire self-confidence and determination. Playing in close proximity with your opponent also teaches you sportsmanship, especially given that the game is tightly contested in an area measuring just 800 square feet.

Racquetball has a few professional tours where pro players are able to make a career out of playing the sport. There are dozens of professional prize events during the year, particularly in the United States and Latin America, where the popularity of racquetball has exploded in recent years. In fact, world #1 ranked female player Paola Longoria from Mexico even has a Barbie Doll fashioned in her name and is one of the most marketed female athletes from the country.

With rumours that Racquetball will be introduced as a demonstration sport in the 2028 Olympic Games taking place in Los Angeles, national racquetball teams from around the world, including Canada, have been sending their players to complete in International Events. The 2022 Pan Am Championships just wrapped up in Costa Rica, with Canadians Coby Iwaasa and Sam Murray taking home gold in the Men’s Doubles division. Murray is currently Canada’s highest ranked player at #3 in the world on the Men’s side, proudly representing Canada on the global stage every time he steps on the court.

Racquetball Canada is also sending a contingent of players to represent the country at the upcoming 2022 World Games in Birmingham, Alabama, another opportunity to bring racquetball into the global spotlight for these athletes.

While hockey, soccer, basketball, swimming and tennis may have more prestige, the competition in these sports is often fierce, with high demands for court time, competitive travel teams and other commitments to have the chance to excel at the sport. With fewer racquetball players currently vying for the top spots in Canada, there are growing opportunities to represent Team Canada, and your country on the Olympic level, through racquetball.

For those looking to help their child excel at any sport, or if you’re looking to see if your child has what it takes to represent Canada in years to come, check out Racquetball Ontario and learn how to get started in racquetball today at www.racquetballontario.ca  for more information about the Junior program nearest you. Or reach out to your local club or community centre and ask about racquetball courts.

You never know. One day your child could be an Olympic Athlete representing Canada!