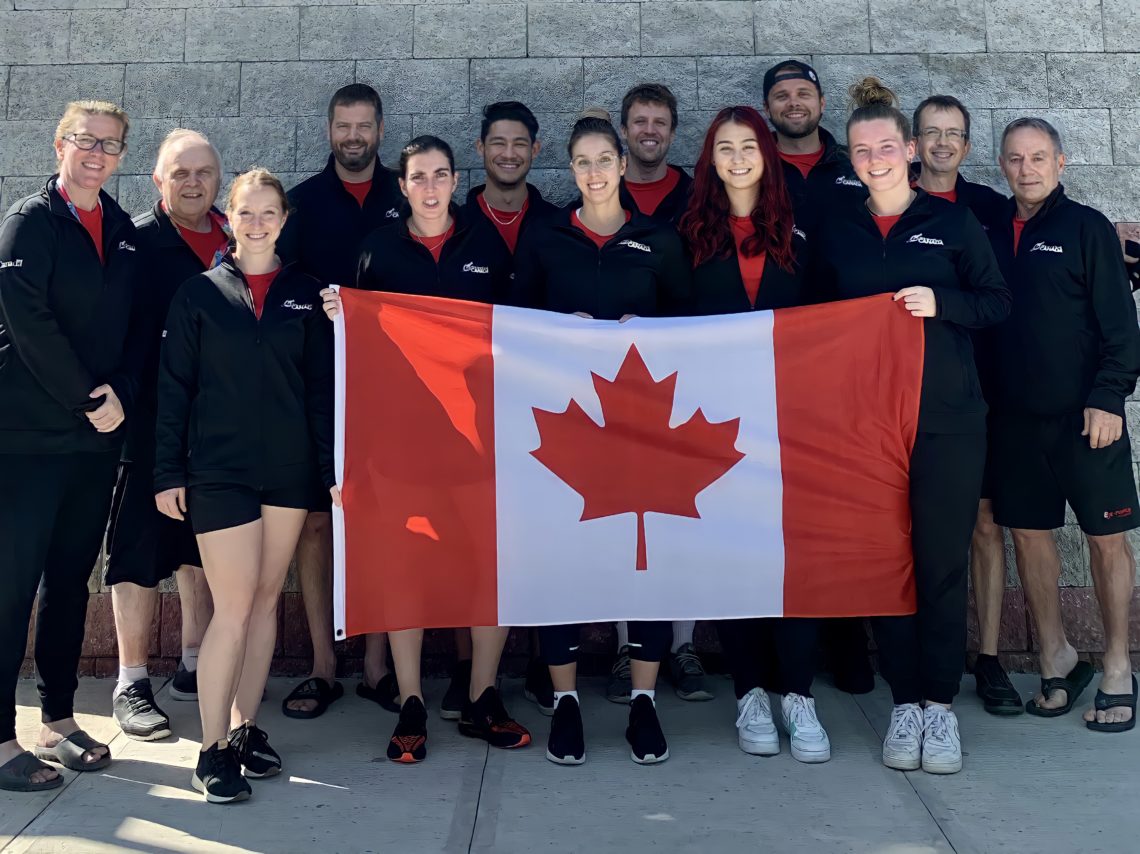 WINNIPEG, December 2, 2021 – The preliminary round has wrapped up at the International Racquetball Federation World Championships being held in Guatemala City, Guatemala from November 29 to December 6. Athletes have moved on to the single elimination medal round, which began Thursday morning.

Athletes are seeded in the medal round based on results from the last three days. This puts Coby Iwaasa of Lethbridge and Samuel Murray of Baie-Comeau in a good position. The team had an important win on Monday against a strong team from Bolivia. Another win Wednesday put them into first place in their pool.

Michèle Morissette, also of Baie-Comeau, finished in second place in her singles pool after winning two of her three preliminary matches.

Lee Connell of Saskatoon, Francis Guillemette of Saint-Antoine-sur-Richelieu and Juliette Parent of Saint-Jacques all play their first elimination round singles matches on Thursday morning. Frédérique Lambert of Montréal and Alexis Iwaasa of Lethbridge play their women’s doubles match on Thursday afternoon. Morissette and the men’s doubles team of Iwaasa and Murray have byes in the first round.

Preliminary results for Team Canada are listed below. Click here to link to the complete results on the International Racquetball Federation website.