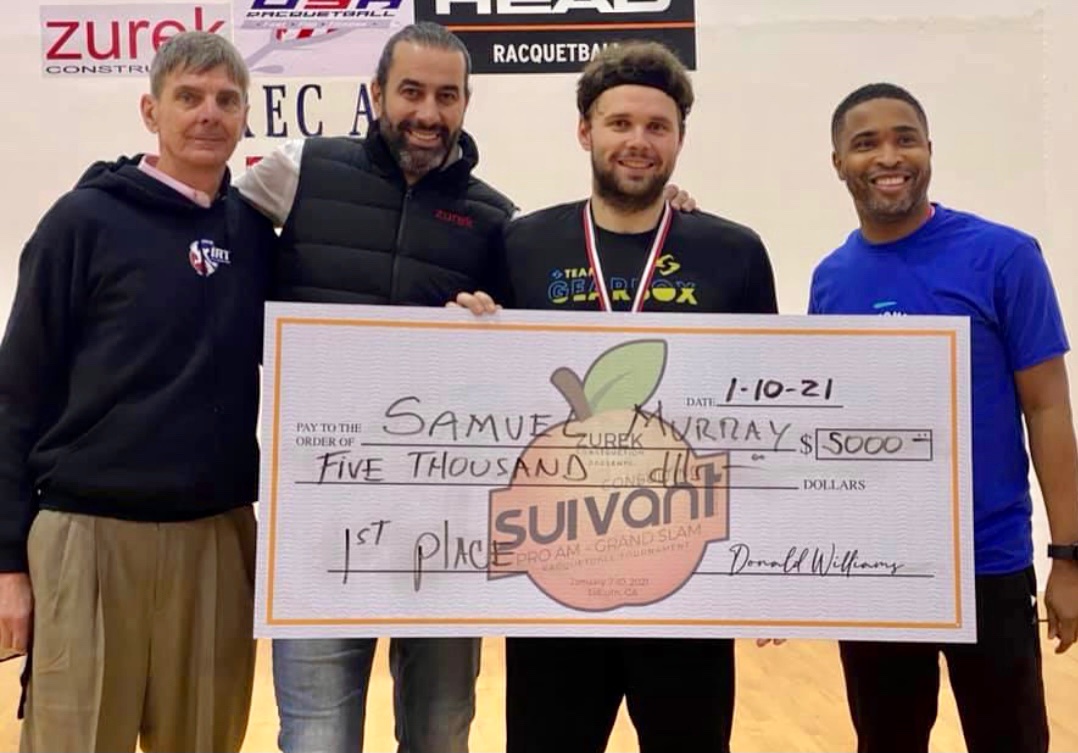 Samuel Murray of Baie-Comeau has won his first International Racquetball Tour (IRT) event of his career. The tournament, held in Lilburn, Georgia from January 7 to 10, was one of the IRT’s prestigious Grand Slam events. Murray is the first Canadian, other than Kane Waselenchuk, to win an IRT Tier 1 event, let alone a Grand Slam title.

Murray faced Conrrado Moscoso of Bolivia in Sunday’s final in a hard-fought match that he won in a tie-breaker with scores of 15-7 8-15, 11-9. To reach the final, Murray defeated some of the best players in the world including the top tournament seed and second ranked pro player Alejandro Landa of Mexico.

“This is just incredible,” said Murray after being welcomed to the “Grand Slam Club” following his win. “I was just trying to stay in the moment and play one point at a time.”

Murray, a member of Racquetball Canada’s national team, has been playing the pro-tour for the past several seasons and was ranked in 7th place when the tour was suspended early in 2020 due to COVID. He has played in one other pro-tour final in his career, finishing in second place behind USA’s Rocky Carson in September of 2018.

With the cancelation of tournaments including national, international and major pro-tour events due to COVID, Murray has not played competitively since February of last year. Murray’s finish was especially exceptional considering the training challenges of the past year.

Murray also played in the pro-doubles event with Jake Bredenbeck of Minnesota, advancing to the semi-final where the eventual winners defeated them.