History Made at Canadian Championships 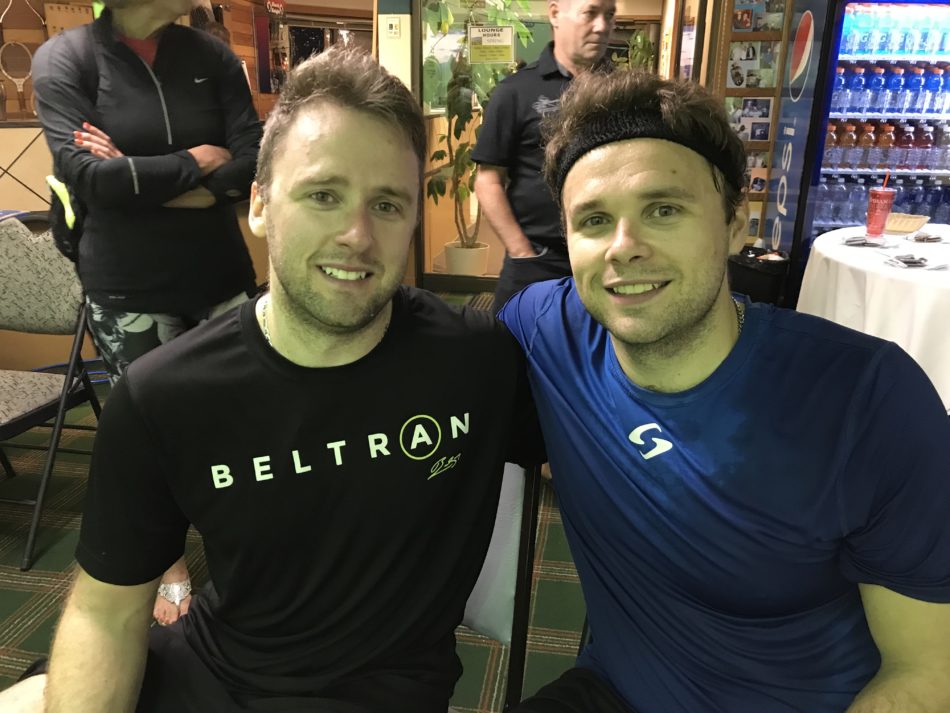 Winnipeg, MB, May 22, 2019 – History was made Tuesday at the Racquetball Canada Canadian Championships being held in Langley, BC. The tournament runs from May 19 to 25.

Samuel Murray of Baie-Comeau and Tommy Murray of St-Hubert, QC won the Men’s Open Doubles event defeating Tim Landeryou and James Landeryou of Saskatoon. This is the first time in Canadian history that two sets of brothers have played in the finals and the first time the title has been won by brothers, making it a emotional win.

The final was a tight and intense match that lasted well over two hours. It looked like Team Landeryou had the first game in hand but the Murrays fought back to win 17-15. The second game went in favour of the Landeryou brothers, winning with a margin of 15-10, but the Murrays came out and dominated in the tie breaker winning 11-1.

This is Samuel Murray’s fourth Canadian Doubles championship title but this is the first for Tommy Murray who is the older of the two.

Winnipeg’s Jennifer Saunders and Danielle Drury of Saskatoon won gold in the Women’s Open Doubles event. This is the team’s second Canadian Women’s Open Doubles championship title together. The two also won the event in 2015 and recently teamed up at the Pan Am Championships to win silver in women’s doubles. This is Saunders thirteenth Open Doubles Championship title and Drury’s second. With this win, Saunders furthers her title record, holding more singles and double open titles than any Canadian athlete in the history of the sport in Canada.

Drury and Saunders won with a first place finish in round robin play. Their toughest match was again the silver medal team of Christine Richardson of Winnipeg and Michèle Morissette of Baie-Comeau. Saunders and Drury won the first match 15-12, but fell behind in the second before losing 6-15. They went on to win 11-7 in the tie-breaker.

Marjolaine Parent and Juliette Parent of St. Jacques de Montcalm finished the round robin pool in third place, winning the bronze medal. This is the first Canadian Women’s Open medal for both athletes.

Match and podium results are listed at the end of this release.