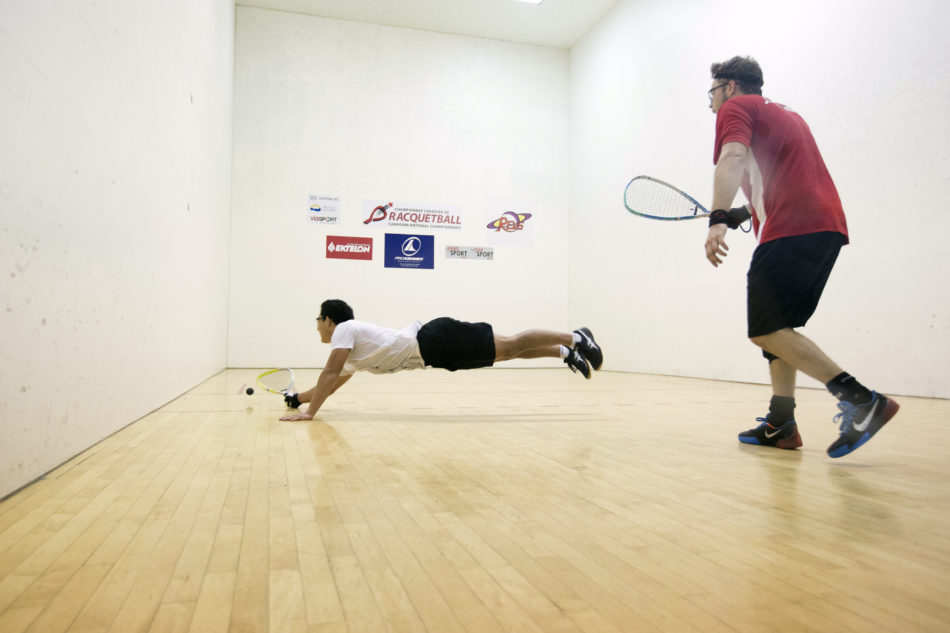 Langley, May 18, 2019 – Over one hundred athletes from nine provinces will be competing at the Racquetball Canada Canadian Championships being held at the Newlands Fitness Club. The tournament begins on May 19 and runs until May 25.

The Canadian Championships are the ultimate competition of the racquetball season in Canada. The country’s top athletes will be competing in  the tournament including several athletes who have been on the podium for Canada at the international level and in pro-circuit competition.

In addition to competing for national titles, athletes are vying for spots on the team that will represent Canada at the upcoming Pan Am Games and other international tournaments for the 2019/2020 season. The event is also part of the selection process for nominating athletes for Sport Canada funding and for determining national teams.

The tournament also includes several age and skill divisions to provide an excellent national competitive opportunity for both seasoned an novice players. Participants this year range from 16 years of age to over 80.

The tournament is open to the public at not cost. Media is welcome to attend the event.

Racquetball Canada will be offering live-streaming throughout the tournament.

Canada’s top ranked and developing racquetball athletes, as well as players who compete in a “sport for life” context.

Awards Banquet: May 25 with the Awards Program beginning at approximately 7:30 pm.

Media are welcome to drop in for photos and video footage during the tournament hours and Awards Banquet. Please check in with Adrian Webb or Jan Hanson upon arriving at the venue.

Athlete interviews can be arranged in advance by contacting Jan Hanson, Racquetball Canada’s media contact. Depending on the athlete’s schedule, it may also be possible to arrange an interview by request at the Tournament Desk.